NORPLAN has been awarded a contract to develop a new addressing system for Muscat Governorate in the Sultanate of Oman. The Client, Muscat Municipality, intends to implement the new system in Muscat first and then roll it out to the remaining governorates and regions in the country.

As in many other Arabic cities, Muscat has an existing addressing system which is little used. People prefer giving directions by providing references to landmarks, establishments and locally known reference points rather than providing their street address. A study conducted by Muscat Municipality in 2007 suggests that as few as 10% of citizens are familiar with the existing system. This is partially due to the complexity and structure of the systems and partially due to limited awareness. The numbering principles applied in the existing system are also not able to absorb the urban growth of Muscat and the need for a solution to this problem is pressing.

With more than 40 years of experience in urban development projects, NORPLAN is well experienced in making addressing systems – and with our long-running project in Abu Dhabi, in neighboring United Arab Emirates, NORPLAN has also gained unique experience in implementing a new addressing systems in an existing city. NORPLAN has also gained insight into the specific factors which must be taken into consideration when addressing Arabic cities such as the co-existence of Arabic and Latin alphabets, naming practices and decision making structures.

“This is a prestigious but very challenging project which requires the involvement and buy-in of many stakeholders. We are very happy to have won this contract, now a lot of hard but interesting work lies ahead”, says Runar Bergheim, NORPLANs team leader for the project, “division and naming of areas as well as naming of streets is something that people have strong views on.”

The scope of the project is to propose a new addressing system which will provide government, businesses and residents a quick and precise way of giving directions and which is capable of accommodating future urban growth and subsequently replace the old addressing system with the new one.

“The addressing project is seen as a strategic way forward for the newly established Oman branch of NORPLAN and comes in addition to the major task of developing a Re-development Master Plan for Mutrah, one of the oldest and most interesting parts of Muscat”, says Olav Hauge, Regional Manager for NORPLAN in Oman, “through these projects we will demonstrate the capabilities of NORPLAN and attract more business in the region” 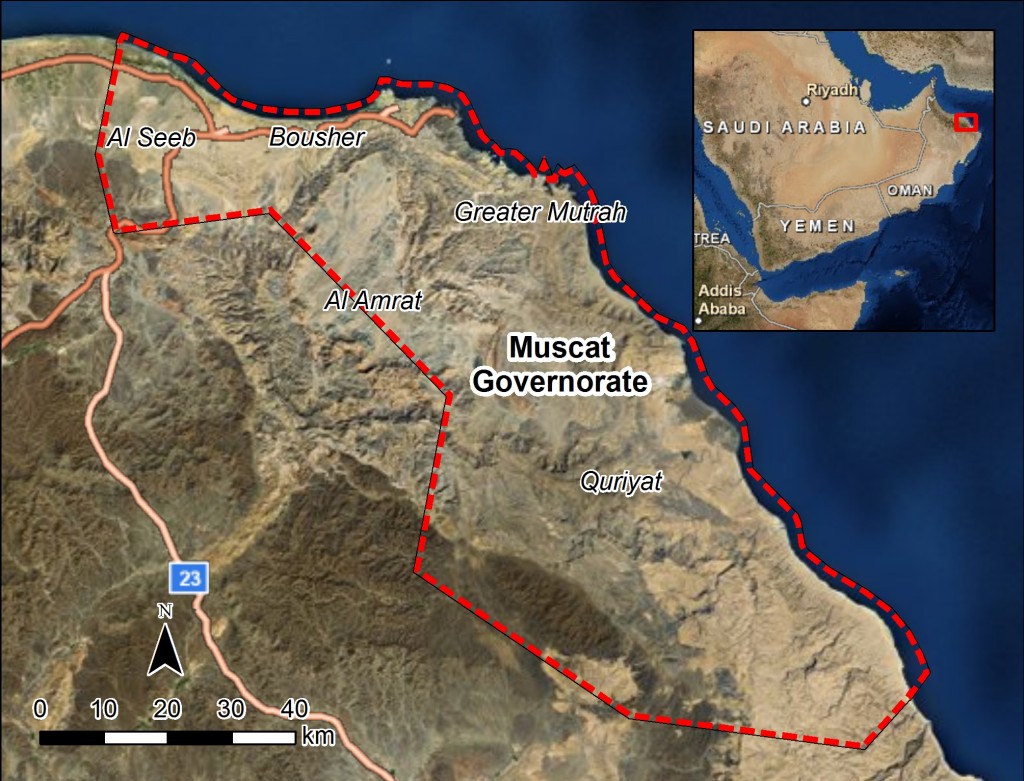 Muscat Governorate is one of eight governorates/regions in the Sultanate of Oman and covers an area of approximately 3700 km2. It is estimated that the governorate has about 3300 km of roads.

The project started on the 8th of October and will finish in July 2012 in accordance with the project plan.

You can follow any responses to this entry through the RSS 2.0 Responses are currently closed, but you can trackback.