NORPLAN through partner Asplan Viak has been appointed Consultant for the Mutrah Redevelopment Master Plan by Muscat Municipality in the Sultanate of Oman.

As one of the oldest district Mutrah is the historical and cultural heart of Muscat. It houses some of the oldest oldest souqs, mosques and forts as well as the Sultan Qaboos Port, the city’s major harbour.

“As Mutrah has no existing sewerage system but very narrow roads, often less than 2 meters wide, designing a water and sewerage system will be interesting as well as technically challenging. NORPLAN has a successful track record in delivering water and waste water projects around the world and we look forward to assisting on this very important project to the sustainability of the City and well-being of the people of Mutrah”, says project director Olav Hauge.

The consortium will be led by NORPLAN, and includes the companies WSP and the German University of Technology in Oman. 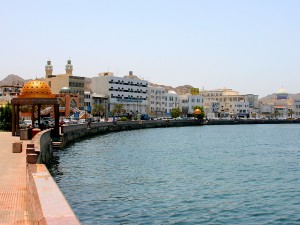 The project has two main phases. In the first phase NORPLAN will prepare policies and overall proposals, and then in the second phase prepare conceptual design which will be the basis for subsequent detailed planning.

Together with the consortium, NORPLAN has extensive experience from urban planning projects in the region including the “Physical Planning and Institution Building Project” in Palestine.

You can follow any responses to this entry through the RSS 2.0 Both comments and pings are currently closed.